Reconciliation Baptist Church > Blog > What is the Gospel?

The message of the Gospel is largely unknown in popular Christianity today. I find this to be quite shocking, especially because it is expected that those who claim to be part of the Christian faith which has the Gospel as its basic message, should be the very ones most acquainted with it. Unfortunately, what is being offered in most churches is not the Gospel at all. Many churchgoers are comfortable with hearing what they want to hear which is not the real Gospel and are content with a false assurance of faith. They, therefore, do not seek God but are busy seeking what God can give them that is to say riches, husbands, wives, and miracles, to mention but a few. We will discuss more about this in my next article, but for now, the focus will be on what the Gospel is.

Whereas preaching through the whole Bible in a general sense can be referred to as Gospel preaching, there is a particular message in the Bible which is called the Gospel. The Gospel in a particular sense is the good news about the person and work of Jesus Christ, that is to say, His perfect life of obedience to the law of God, His substitutionary death on the Cross, and His glorious resurrection from the grave.

Christ’s Perfect Life of Obedience to the Law of God.

Adam’s sin led to the condemnation of all men and all men are born sinners who break the law of God all the time, as their first parents did. Christ, the last Adam was born to live a perfect life of obedience to the law of God on behalf of God’s people (Romans 5:18). That’s why during His baptism when John the Baptist hesitated to baptize Him, He said to him, “Let it be so for now, for thus it is fitting for us to fulfill all righteousness” (Mathew 3:15). The Apostle Paul also writes that Jesus was born when the fullness of time came under the law to redeem those under the law (Galatians 4:4-5). Our Lord Jesus Christ alone was able to obey the law of God fully without breaking a single commandment. He alone, loved the Lord His God with all of His heart, with all His soul, and with all His mind and He alone loved His neighbor as Himself. Through His perfect obedience to the law of God, He made available righteousness which is imputed to the account of God’s people by faith.

His Substitutionary Death on the Cross

Christ, on the Cross of Calvary voluntarily stood in the place of the sinners and carried all the sins and guilt of God’s people so that He was treated as the one who sinned although He was sinless and spotless. There on the Cross, He bore all the punishment for all the sins of God’s people. He drank the Cup of the Wrath of God and not a single drop was left in it. On the Cross, Jesus Christ became the propitiation, the sacrifice which satisfied the justice of God and appeased His Wrath. As He was hanged on the tree by the Romans, He became a curse so that He would redeem His people from the curse of the law (Galatians 3:13). On the Cross, He suffered the Hell that God’s people would suffer. Because of His infinite value as the second person of the Holy Trinity, His sufferings were counted as the full payment of all the sins of all the people of God. Hence, all those who put their trust in Christ are reconciled to God the Father. “For Christ also suffered once for sins, the righteous for the unrighteous, that He might bring us to God…” (1Peter 3:18). On the cross, we see the greatest display of God’s love when He does not spare His only Son but gives Him up to suffer and die in the place of the sinner so that the sinner can be reconciled to God. And His justice was satisfied so that He, ‘might be just and the justifier of the one who has faith in Jesus’ (Romans 3:26)

The Heart of the Gospel.

The substitutionary sacrifice of Christ on the Cross, that is, the act of Christ standing in the place of the sinner and suffering the penalty of sin on the sinner’s behalf is the heart of the Gospel. This sacrificial act accomplished a full and free redemption for all God’s people so that when they put their trust in Christ, God the Father credits the righteousness of Jesus Christ onto their account and legally declares them as righteous. “For our sake, He made Him who knew no sin to be sin on our behalf, so that in Him we might become the righteousness of God” (2Corinthians 5:21). And this is the righteousness which will take them to heaven because no one can approach the perfectly holy God through his/her righteousness deeds which are regarded as filthy rags before God (Isaiah 64:6). The doctrine of Justification by faith alone sets apart biblical Christianity from all the other religions. All the other religions teach a work-based salvation. In Islam for example, the belief is that those who will go to Paradise will go there after it will be found that their good deeds exceed their bad deeds.

The Glorious Resurrection of Christ.

After He bore the full punishment for the sins of God’s people, Christ died and was then buried. But He did not remain in the grave forever. On the third day, He victoriously rose from the dead. As Peter said in his great Sermon on the day of Pentecost, ‘God raised Him up, loosing the pangs of death for He couldn’t be held by it (Acts 2:24). His resurrection was God’s declaration that Jesus was the Son of God (Romans 1:4), the second person of the Holy Trinity. For as the theologians have argued, who but God Himself would stand before the full force of the wrath of God, die and rise again? His resurrection also confirmed that indeed He satisfied the justice of God and appeased His wrath while on the Cross. For He was ‘raised for our justification (Romans 4:25). Therefore, Christ’s resurrection publicly displayed that He won a mighty battle against the devil and sin on behalf of His beloved people. He then ascended to be crowned the King of kings and Lord of Lords. He is seated at the Right Hand of God making intercession for His beloved people.

The Required Response to the Gospel.

All the hearers of the Gospel are commanded to repent and believe it (Mark 1:15). Repentance is a change of mind which leads to a change of lifestyle. It involves a knowledge of sin, hatred for sin, a feeling of godly sorrow for sin, a confession of sin and ultimately forsaking of sin to pursue holiness. To believe in the Gospel means to put one’s trust in the finished work of Jesus Christ for salvation. It is to confess with the hymn writer that, “nothing in my hand I bring, Simply to Thy Cross I cling”. It is to abandon all hope and trust in our good works and place our trust in Christ alone for salvation. Those who truly repent and believe the Gospel are forgiven by God, justified, and adopted into God’s family.

The Great Warning for Neglecting the Gospel

The Gospel of Jesus Christ is the best news that has ever been announced in the whole of human history. Yet it will become the worst news for those who will neglect it and not believe it. When the Son of God comes back the second time as the Judge of the whole world, it will be so terrible for those who hear this best news and yet render a deaf ear to it. The Apostle John was enabled to see a glimpse of what will happen on that great and fearful day and he put it down in these words, “Then the Kings of the earth and the great men and the commanders and the rich and the strong and every slave and free man hid themselves in the caves and among the rocks of the mountains; and they said to the mountains and to the rocks, ‘Fall on us and hide us from the presence of Him who sits on the throne, and from the wrath of the Lamb; for the great day of their wrath has come, and who is able to stand?’ (Revelation 6:15-17)

David is one of the elders at Reconciliation Baptist Church, born in Uganda, Married to Brenda. 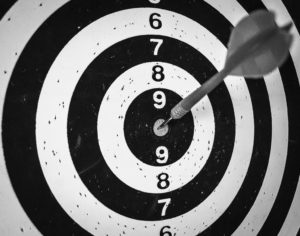 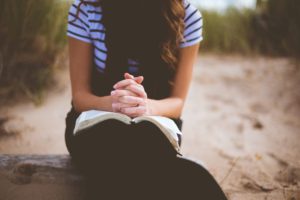 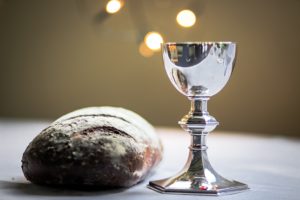 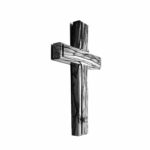 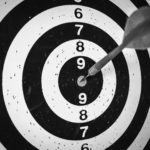 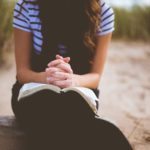