Reconciliation Baptist Church > About us

RBC is a Reformed, Christ-centered, family-integrated and elder-led church found in Kampala-Uganda, in East Africa.

By “Reformed” we mean that we strive to uphold the ideals of the Protestant Reformation as summarized in the “five solas”, that is:
1) Sola Scriptura (by scripture alone); 2) Sola Fide (by faith alone); 3) Sola Gratia (by grace alone); 4) Solus Christus (by Christ alone); 5) Soli Deo Gloria (glory to God alone)”.

By “Family-Integrated” we mean that we do not divide families at the front door. The church and the household work together for the glory of God.

Through years of God's providences and sovereignty, we exist for the following reasons

We exist to glorify the one and only triune God, to enjoy Him and to worship Him forever.

believers; primarily through the expositional teaching and preaching of God’s word.

To participate, encourage and engage

in the Great Commission, by preaching & teaching the Gospel of Jesus Christ, both by personally sharing the Gospel and also through our lives and conduct, and by spreading the Gospel in our local community, regionally, nationally and overseas.

in the ordinances of the Lord’s Supper and believer’s Baptism.

When necessary, to engage in meaningful and loving church discipline.

Learn here about our history, faith statement, vision and mission statement, what we believe, our core values and meeting place

It is amazing what the Lord has done in the history of this church! RBC began as a Pentecostal church, and it was called ROM or Reconciliation Outreach Ministries. How did it change to being reformed?

After being disappointed by many Word-of-Faith mega churches for a long time, in 2007 pastor Bill and his family decided to join a small congregation that was beginning in one of the suburbs of Kampala, called Bunamwaya. After a while, Bill was appointed assistant pastor and started serving the Lord in that church. At first, the doctrines seemed to be sound and biblical, but after some time, the senior pastor started leaving the truth of the bible. It didn’t take Bill long to realize that he was fellowshipping with another Word-of-Faith church. After some time there was contrast between the teachings of the senior pastor and those of his assistant, who wanted to remain faithful to the doctrines of the Bible. The pastor was more on prosperity and healing gospel while on the other hand Bill was more on what he now knows as the “Doctrines of Grace”, although by that time he did not know them by that name.  By God’s grace many church members happened to like Bill’s teachings more than those of their senior pastor. This brought jealousy into the heart of the pastor.

One Sunday after service, the pastor decided to chase Bill from “his” church! This was the second Pentecostal church Bill had been chased from because of his, so-called, “strange” doctrines.

Bill was so much discouraged and decided not to join any other church. He thought that his doctrines should be to blame because, almost all the churches in Uganda believe and teach the same things that are contrary to what he was preaching. He started having worship services with his wife and children in their living room every Sunday, as he was praying to God to direct him on how and where he should serve Him.

It is during that time when, providentially, God joined Bill with Michael Miller, pastor of Grace Family Bible Church, a reformed church found in Sand Springs, Oklahoma. The Lord started using Michael to encourage Bill not to abandon what he believed and was teaching (the doctrines of grace) because it is the true gospel that saves. For the first time Bill had someone who accepted his doctrines! Michael encouraged Bill to start moving into the community sharing the gospel in order to plant a biblical church in Kampala, which Bill and his family started doing. After a few months, the numbers grew to 45 people that Bill’s living room could no longer contain. Grace Family Bible help us hire a place of meeting.

Pastor Mbewe invited Bill to Lusaka in order to discuss the possibility of replanting Reconciliation Outreach Ministry (ROM) as a biblical church. In 2013 Bill went to attend to the Reformed Family Conference in Lusaka. That was the turning point. Through that conference the Lord put the fire of reformation in Bill’s heart that, he came back to Uganda saying “We have to reform our church.”

When he came back to Kampala, Bill had been put on fire to reform the church. When he informed the members of ROM that the church was not fully scriptural, and therefore, needed to be conformed to the pattern of Scriptures, they resisted judging him of backsliding, and decided to leave the church following the assistant pastor who was a woman, especially when Bill said that it’s not scriptural for women to be pastors. All the 45 members left leaving with Bill with his wife and small children.

It was a testing moment for us, but the urge to be faithful to the Lord and His Word was burning in us, and the Lord used brother Michael Miller and other brethren to encourage us not to look back. We were ready to start from zero for the sake of God’s glory. We started moving in our community preaching a new gospel about the sovereignty of God, the doctrines of grace and the five Solas of the reformation. A lot of change took place in our church, among them:

Grace Baptist Church Kisumu, led by pastor Sam Oluoch, adopted Bill and his wife Priscilla as their church members, after that sent them back to Uganda to replant their church. “HeartCry Missionary Society” also came in to support the new work the Lord had started in our country through us. Therefore, Bill Issa became the very first missionary of HeartCry in Uganda. That’s how RBC came into existence, first in 2009 as ROM then in 2013 as RBC. RBC’s status then later in 2017 changed from being a Church plant of Grace Baptist Church, Kisumu to being a fully independent Church with 2 Elders and 3 Deacons.

“To make disciples of all nations by ” &

“Reconciling the world to God through Christ in whatever we do” 2 Corinthians 5:18-19

Love of the brethren & of sinners

“Kiki kyoyize?” (What have you learnt Q&A session)

Reconciliation Baptist Church is a Reformed church, meaning that we studied the 1689 Baptist Confession of Faith, found it rich in doctrine and therefore decided to adopt it as our confession of faith.

At RBC we do not break fellowship with anyone who holds to the essentials of the faith (i.e., the Trinity, the Deity of Christ, Jesus’ Physical Resurrection, Virgin Birth, Salvation by Grace through Faith alone, Monotheism, and the Gospel being the death, burial, and resurrection of Jesus) but does not affirm Calvinist Theology in the non-essentials.  We strongly believe that God’s grace and mercy are so extensive that within the Christian community there is a wide range of beliefs and as long as the essentials are not violated, then anyone who holds to those essentials but differs in the non-essentials is our brother or sister in Christ.

At RBC we also believe that: 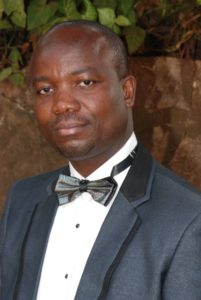 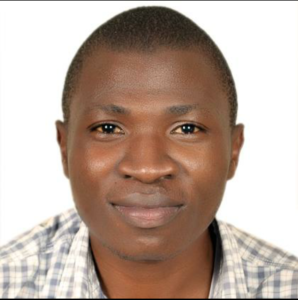 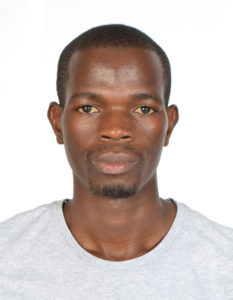 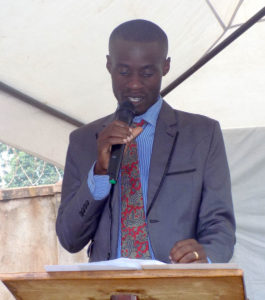 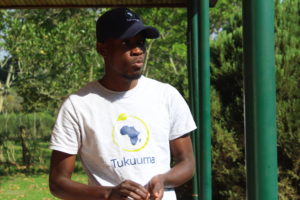 Following Colossians 3:16 and Ephesians 5:19, at RBC we use Psalms, Hymns and Spiritual Songs as our worship music. We use both traditional hymns and some modern songs that glorify God. What we follow is whether the piece of music has a solid theological content, because the Bible says “Whether ye eat, or drink, or whatsoever ye do, do all to the glory of God” (1Cor. 10:31).

However, we refute some of the musical genres, even if the name Jesus Christ or whatever biblical doctrine/theology is mentioned in them, for having evil origins and purposes. Some of those genres include:

2) Rap and pop because here people with no talent try to brain-wash others with pretty bright lights and over sexualized music videos;

3) Heavy Metal and Rock Music because they are so much linked with Satanism;

4) Any other genre that doesn’t glorify the Lord our God.